The Yen Tu Spring Festival kicked off on February 10 or the 10th day of the Lunar New Year with a ceremony to pray for peaceful nation and happy people at Hoa Yen Pagoda in Uong Bi city, the northern province of Quang Ninh.

The event was held solemnly to review the great value of Yen Tu mountain, the origin of Truc Lam Zen sect and the contribution of King-Monk Tran Nhan Tong. It included a procession from the foot of the mountain to Hue Quang Tower and Hoa Yen Pagoda and an incense offering ceremony to pray for the peace of the nation. The ceremony was broadcast live on the Fanpage Yen Tu Mountain so that monks, nuns, Buddhist followers and tourists can join in.

Due to the COVID-19 pandemic, the number of people attending the opening ceremony of the Yen Tu Spring Festival has been limited for pandemic prevention and control. However, all rituals were still organised solemnly in line with the Ministry of Health’s 5K message.

Yen Tu Mountain is located about 50 kilometres from Ha Long city. The area has awe-inspiring scenery, surrounded by ancient pagodas and hermitages.

Tran Nhan Tong (1258-1308), the third King of the Tran Dynasty, ascended to the throne when he was just 21. He is famed for defeating Mongol invaders twice during his 15-year reign.  The King abdicated when he was 35 and spent the rest of his life on Yen Tu Mountain practicing and popularising Buddhism. He founded the first Vietnamese School of Buddhism called “Thien Tong” or Truc Lam Yen Tu Zen on the 1,068m-high Yen Tu Mountain. The 20,000ha site is considered the capital of Vietnamese Buddhism.

Besides numerous pagodas, it also preserves many old religious and cultural documents such as precious prayer-books and monks’ writings. Yen Tu was officially listed as a special national relic site in September 2012.

Historical relics and religious establishments in the province aim to attract 10 million visitors this year.

From January 1 to June 30, Quang Ninh offers a 50-percent discount on tickets to many destinations like the Yen Tu scenic site, Ha Long Bay, and the province’s museum and library. 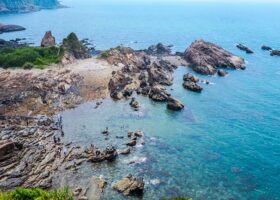 As a move to sustainable tourism, Co To island district has issued a regulation on ...

With an altitude of 1,429m above sea level, Cao Xiem mountain is famous for its ...

The APEC Business Advisory Council (ABAC III) 2022 hosted by Vietnam and VCCI, along with ... 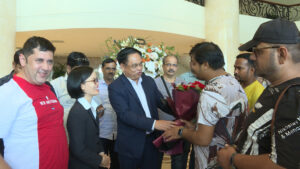 Quang Ninh welcomed the delegation of 200 tourists from India

On August 1, the Department of Tourism greeted a group of 200 Indian guests who ...

Taking the final overall podium position in the Clipper 2019-20 Race and third place is ...

The festival of Tra Co Communal House Festival annually held in July is one of ... 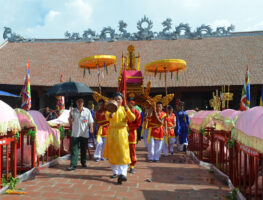